Before you even get the idea, I WAS NOT THERE!!!!!! A little history, Elk City is my home base for storm chasing since I have a family I go to for shelter and crashing on their sofas during storm chasing season. I have known this family for many years and we go way back, all the way to high school, so you can say that makes this family a very important part of my life. Enough background. 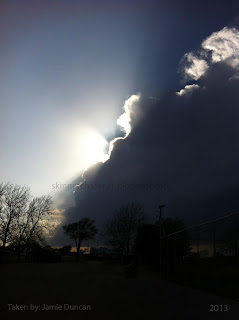 On April 26th, I was in Aurora, Colorado on the internet checking on the severe weather criteria happening around the Elk City area. I always like to look after my family, so I contacted them and they were all over this like wild on rice. More background check, both parents in the family have years of chasing experience through me taking them out individually on storm chase extravaganzas. I have to take one at a time because they have amazing kids to raise and take care of, can't just go off and leave them, lol. 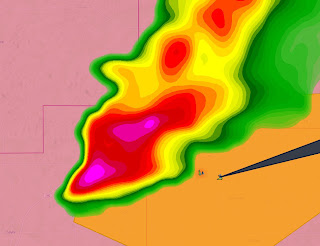 On April 26th, Jamie Duncan was on her way back from a party when she noticed the tall updraft and towers billowing towards Elk City. She immediately thought of me and took a bunch of random shots given I had given her a few tips on how to get a good shot when out chasing severe weather. She had her daughter with her at the time so driving and stopping was most likely unusual cause her daughter prolly wondered what momma was up to since they are not normal storm chasers.

On April 26th, Brad Duncan at the home base was out and about his house watching the other kids and taking pics of the supercell outside. As it was beginning to form in the west heading towards Elk City he noticed lowering in the distance apparently in the picture. It was than he got a call from his wife Jamie and a plan was inevitable. 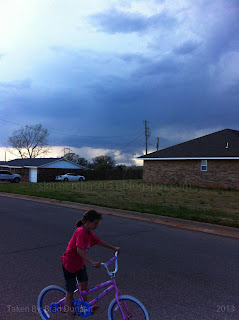 On April 26th, I was sitting on my hospital bed internet-ing (it's a verb) around, watching the weather and such. On IMAP I could see other chasers were chasing the cell that was about to grow intensity and hit Elk City head on. The potential threat was not to threatening in my forecasting since I didn't see the dangers of it becoming a intensive supercell with tornadic capabilities. Hail was the only risk factor that I saw coming out of these cells due to the frontal boundary they were striving on to survive. Only to grow intensify than get undercut by an outflow boundary, than repeating the process as it moves eastward since there exist all the variables for severe weather to sustain itself for long periods of time moving the state of Oklahoma. 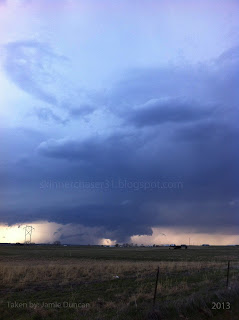 On April 26th it was great being a part in terms of ears and eyes through the Duncans as they kept me up to date on what was happening. Than they gave me the biggest surprise of them all, they went out for a drive around elk city to take some pictures for me. They went chasing. Now if I had heard they went chasing 6-7 years ago, I would've been pissed and told them that was the stupidest thing you could've done, but with the knowledge that I have bestowed upon the whole family on storm chasing and forecasting. They were safe from any dangers, but still of course had the risk; knowledge was the key factor in why they went out to have fun chasing just so they could help me out. 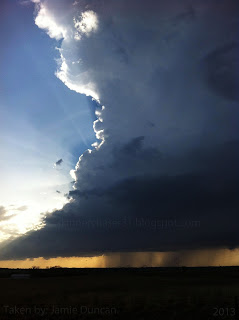 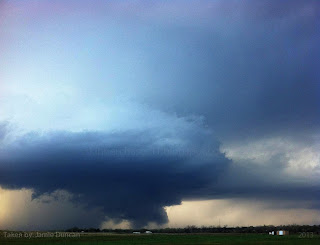 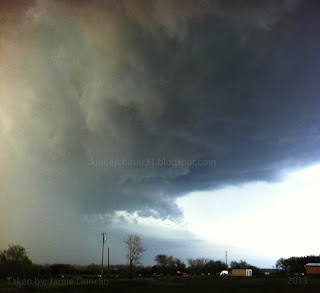 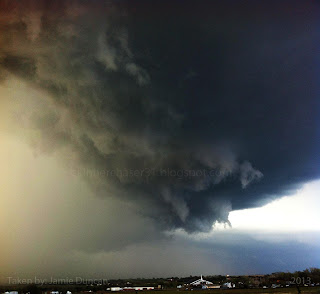 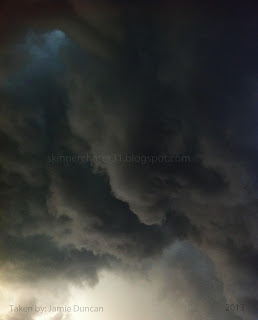 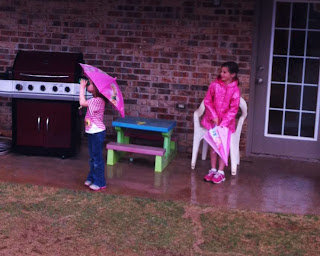 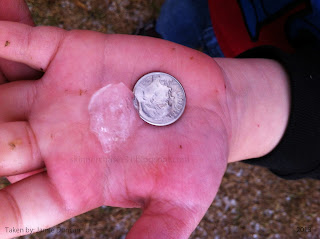 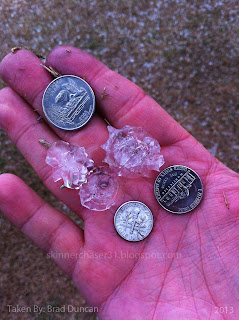 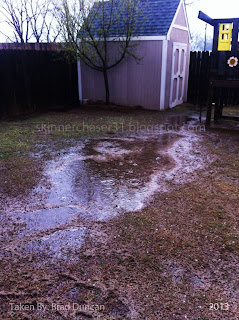 Hope you enjoyed these photos, want to thank the Duncans from the bottom of my heart for allowing me to use these pictures and doing a write-up. Looking forward to getting down there to get my chases in for the spring/summer in Oklahoma!
Posted by sknr31 at 3:50 AM

Sorry you couldn't chase with us! It was a quick one, but exciting for sure! 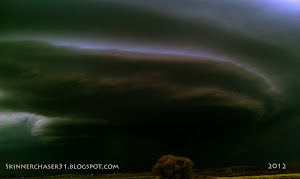 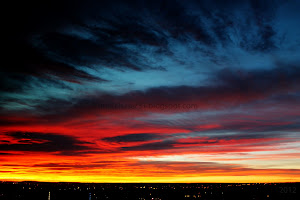 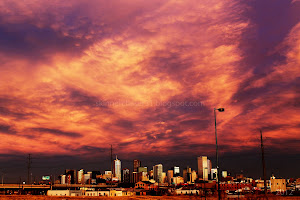 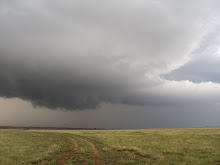 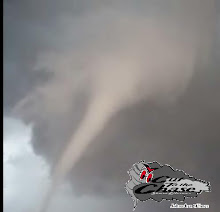 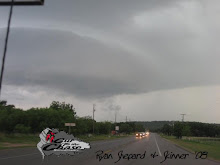 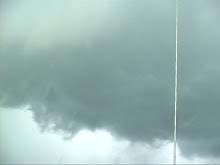 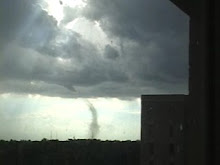 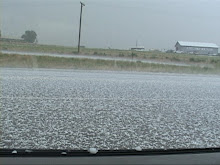 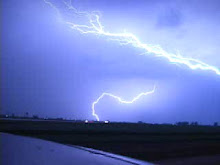 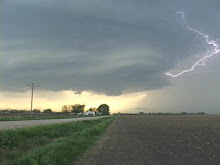 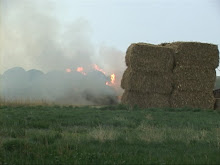 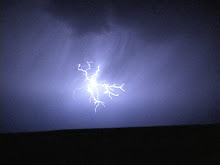 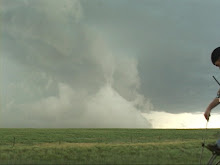